This is going to be a very full episode, so let’s get right to it.

First up, there are two games returning from the last episode: Now Boarding and Wanted Earth. If you want to read my initial reactions, you can check those out here. After having an extra week to consider these games, here are my updated verdicts:

Wanted Earth: Still unconvinced, this one just isn’t for me and the game doesn’t seem innovative enough for me to give it a chance.

Now Boarding: I’m backing this… but only at $1. The game seems interesting enough to watch, I’m just not the best cooperative gamer. If I liked cooperative games, I wouldn’t hesitate being a full backer. 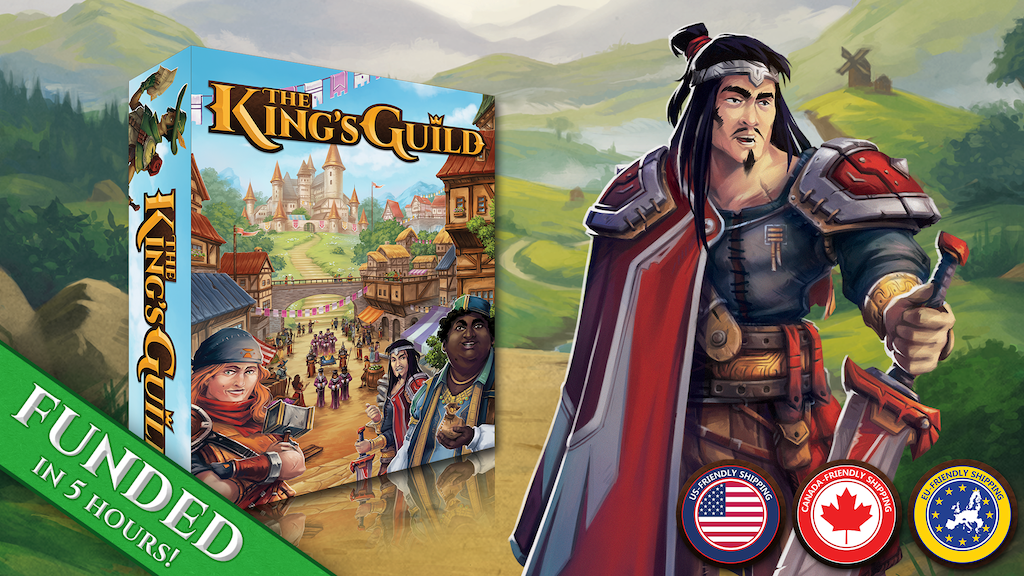 The King’s Guild appears to be a healthy melding of many popular titles. Each player represents a Guild trying to earn enough prestige to take the Throne. It’s an engine building, asymmetric game that should keep you on your toes. On your turn, you take 1 of 3 simple actions:

Verdict: I want to want this. I love Splendor, I love thinky engine builders, but nothing here has me sold. The concept seems solid, but in watching the reviews it appears to have some small issues. So in the hope that this game’s current $70k of pledges is any indication, I’m going to back $1 to watch this games’ progress and think about picking it up in retail. 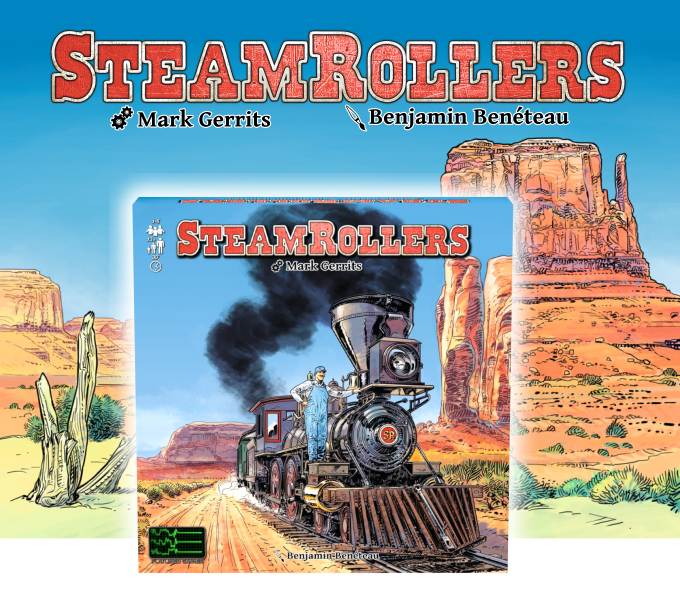 I almost didn’t click on this project, but I am so glad I did. Steam Roller’s is a very innovative roll and write, pick up and delivery, dice drafting game. Each player has their own player board, where they will draw railroads to then be able to deliver packages between cities. But if the wrong dice are available to make your railroads or deliver your packages, you can instead upgrade your train with variable dice manipulation abilities. With all these options, you can play your own way: build a big engine, slowly accelerating and cash big points to end the game or move quickly, earning little points but ending the game before others are ready.

Verdict: I’m a Backer! This game seems too innovative to pass up. And because it’s from a relatively small publisher, I probably wouldn’t ever see it at retail. I highly recommend you back this game now, to get this delightful new game. 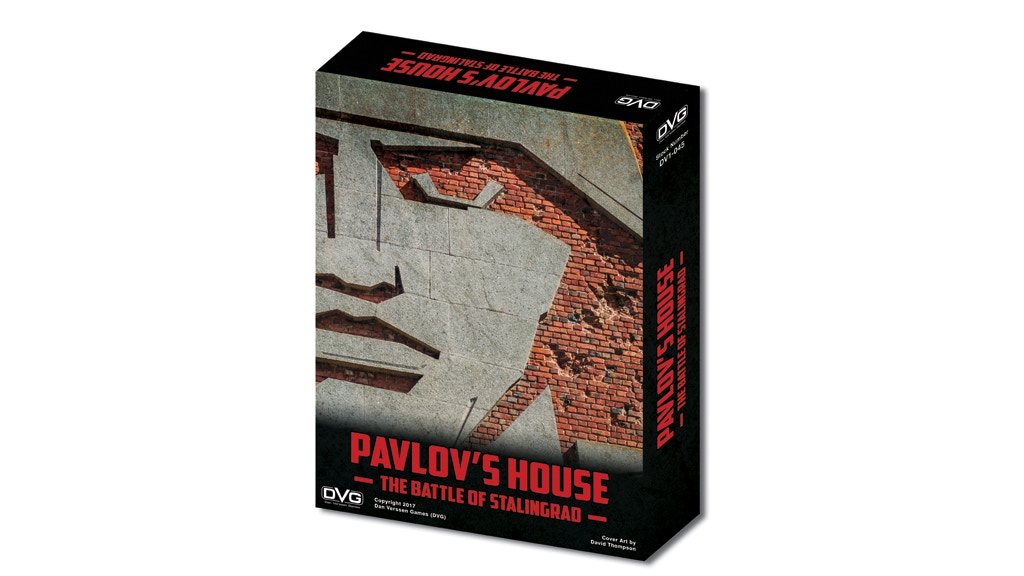 While not visually attractive, Pavlov’s House appears to be an interesting war game/board game crossover. This game features the pivotal events surrounding Russia’s defense of Stalingrad during WWII. In Pavlov’s House, you take control of the valiant defenders, and key leaders that made the defense of Pavlov’s House possible. It also features solitaire, 2p co-op and competitive modes.

Verdict: Not my type of game. The traditional war game graphics, uninspired art and general mechanics haven’t sold me on the game. If you like war games, or want a complicated yet rewarding experience, you should check out this game. 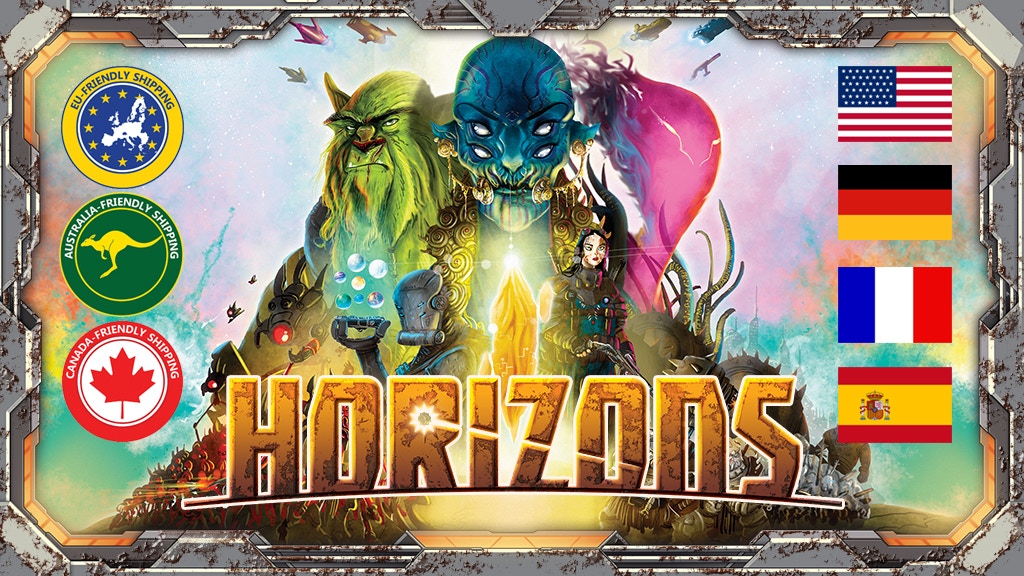 Horizons is a fast paced, space based, “4X” (although technically not an eXtermination) game. Players are exploring star systems, expanding their civilization and exploiting their resources to become the dominant species. You get to control what engine you build and how quickly you end the game.

Verdict: This very Euro take on 4X ideology seems to work well, but hasn’t quite impressed me into backing it. The game has a few innovations but, without playing it, this game will have to wait for retail. 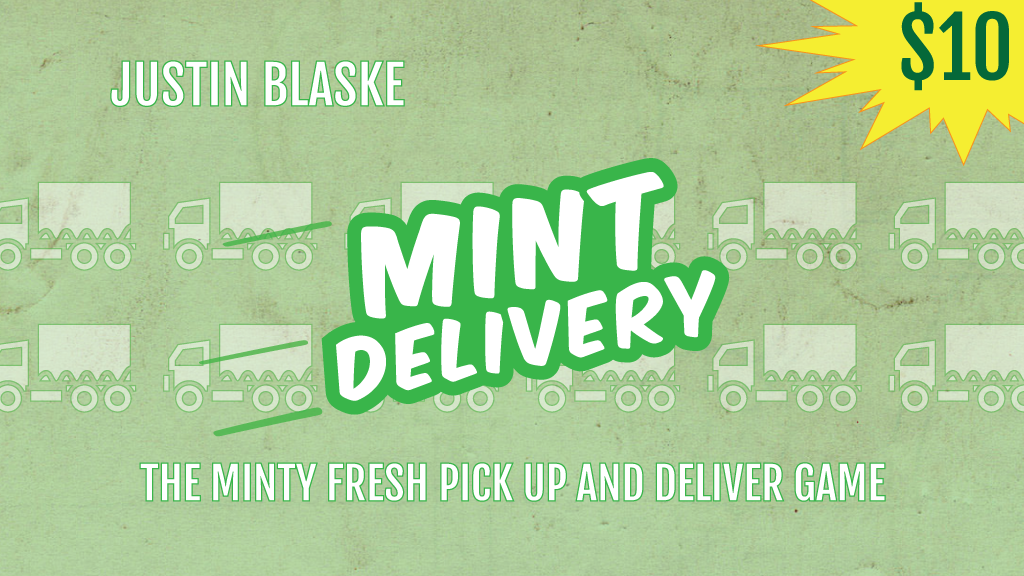 Verdict: Instaback! Mint Delivery is the successor to the very popular Mint Works from last year. I was so impressed with the quality, game play and delivery of Mint Works, I was only looking for reasons I shouldn’t get this game: I didn’t find any.

Mint Delivery has players racing to fulfill orders to earn points and special powers. Players can either move, load their truck with white mints or upgrade white mints into green or red mints. It plays very fast and supports 2-5 players and will likely get a solo mode. Definitely check out this game! 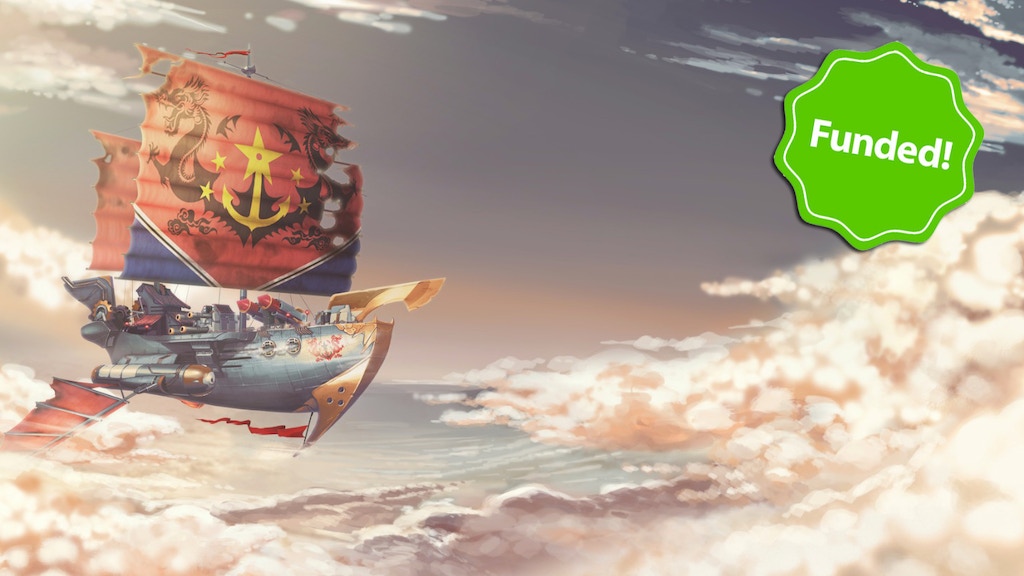 Modifiable miniatures, innovative mechanics and 3-D battles make Avertigos an impressive offering. Each player controls a flying sail ship with an adjustable stand. Players adjust their stand to fly high and have initiative or fly low to avoid and better target other ships. And although the game is quite expensive (base $93; deluxe EB $111; deluxe $142; all-in EB $226) there is a 2-player dueling kit for $49.

Verdict: While the innovative concept has definitely piqued my interest, I don’t currently have the budget to get the game. And even if I did, I would still think hard before backing. Such an expensive price, on a relatively untested concept, is a little hard to swallow. If this is able to successfully deliver, and has enough clout to get to retail (or the likely re-kick) I will gladly go all-in for Avertigos.

The Island of El Dorado (8 days to go)

Daniel Aronson, the creator of The Island of El Dorado, has done an amazing job advertising his game on Facebook. As such, I’ve been aware of this game for 2-3 months now. I’ll admit, I’ve had my reservations, but I may be coming around.

Each player takes control of an asymmetric explorer. Each turn, you explore the Island which has 10^60 possible map layouts! The first to find and control all 4 shrines wins the game. The game does have a fair amount of luck, as each turn begins with rolling two dice. But players control how they use their dice and resources to better explore the Island.

Verdict: I’m still on the fence. It’s been 3 months and I still don’t know if I want this game. It has the potential to be the next Catan – highly accessible and a true evergreen product – but I’m just not sold yet. Luckily, I have 8 days (and afterwards in retail) before I need to decide.

Merlin and Pioneers (8 days to go) 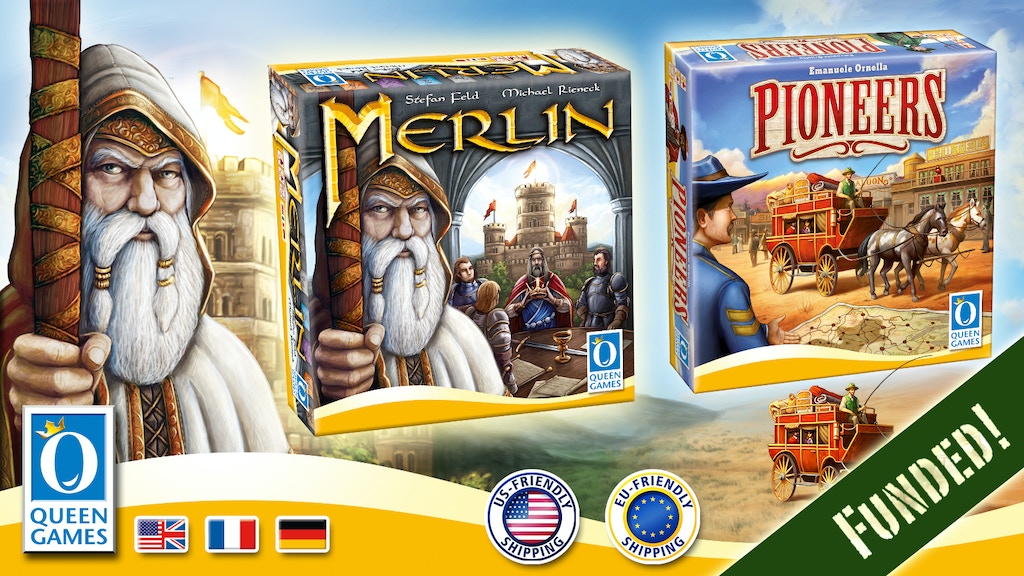 Fair warning, Queen Games has a reputation of producing fine games, but running questionable Kickstarter Campaigns. I would proceed with extreme caution with this company or you’ll end up paying more now than you would at retail (pledge+US shipping is only a $2 discount off MSRP). That said, from this double feature, Pioneers has caught my interest.

In Pioneers, the players share a wagon train crossing the plains of the American West. Each turn, you collect an income, build roads to move the wagon train and hire helping hands and additional wagons to ease your journey. The fact that you share control of the wagon train, and have to plan your strategies around your opponent’s makes this a very interesting concept.

Merlin, to me, is the less appealing game. It’s uses a traditional action-rondel and uses roll to move to select actions. Players either control their own knight or Merlin to make their selection. All in all, this game seems to have far too much dependence on luck, without modern dice manipulation mechanisms.

Verdict: I might get Pioneers at retail. It looks like a great $40 game, but it isn’t worth the $66 price tag or potential hassle from Queen Games. As for Merlin, I would have been impressed 15 years ago, but it doesn’t appear to stack up to other modern games.

Ok everybody, thanks for reading this post. Hopefully some of these titles piqued your interest so you can help them while they are still kicking! Don’t forget to subscribe so you can catch more of these posts every week.